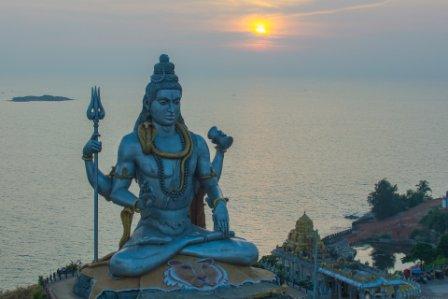 According to Shiva Purana, the combination of Shiva-Shakti is divine. Shiva’s power is revealed by the power of Shiva. Chit Shakti leads to the birth of Anand Shakti, Anand Shakti has generated willpower. Lord Bholenath, who has the feeling of such bliss, has a different significance of reading Shiva Chalisa every day.

Shiva Chalisa also removes sorrows and troubles
Do not be discouraged if you are upset and sad. Chant this one line of Shiva Chalisa, Devan jabhi jayi pukaar ‘Then grief lord you live. Note that read this line 11 times a night and after completion of the work, distribute sweets among the poor.

There are special rules for reading Shiva Chalisa
Get up early in the morning and bathe in clean clothes. After that, meditate on God with a pure mind to read Shiva Chalisa. Chalisa sat on a white posture in Brahma Muhurta. After that, face north east or east direction. Light a lamp of cow’s ghee in front of the idol of God and recite 11 times. While reciting, place a vessel of water on the Shivling and offer Mishri in the form of Prasad. Keep rice, Kalava, white sandalwood, incense-lamp, yellow flower garland and 11 flowers of white mud also in the puja. Also, reverse a bell leaf and offer it on the Shivling. Before starting the lesson, also keep the water of lotus. Keep in mind, read two to three times a day. By doing this lesson continuously for 40 days, all kinds of desires are fulfilled. Read the text in a loud voice so that even the devotees can hear it, it will benefit. After that sprinkle the lotus water all over the house and distribute the prasad among the children.

What Erwin Schrödinger Views And Thought About the Upanishads

Get all latest content delivered to your email a few times a month. Updates and news about all categories will send to you.